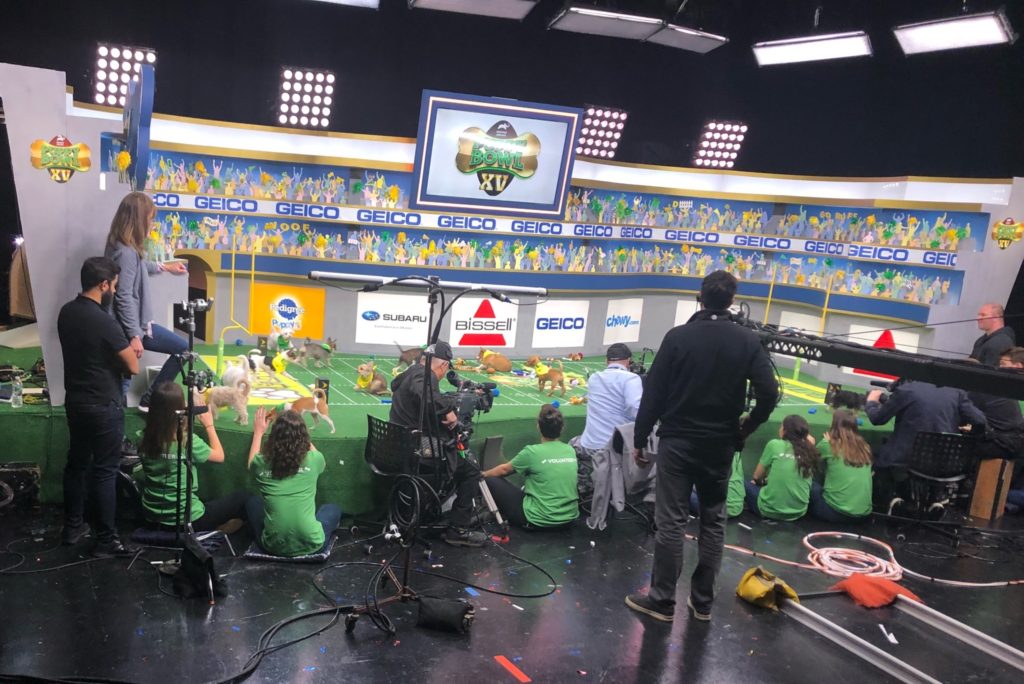 Rancho Santa Fe, Calif. (January 14, 2019) – With the remaining pro football teams vying to appear in this year’s Super Bowl, one young “ruff-and-tumble” athlete has already secured her place in the spotlight and has her sights set on a different sort of greatness.  Helen Woodward Animal Center orphan pup Flo’s doggone cuteness won her a spot in the starting line-up of the nationally televised Puppy Bowl, but it is Flo’s incredible zest for life and overwhelming love for everyone she meets that has secured her a forever home and a potential future in canine therapy.  Watch Flo make her mark on PUPPY BOWL XV, Sunday, February 3rd @ 12:00noon on Animal Planet.  Viewers in other markets should check their local listings for airtimes.

Orphan puppy Flo’s background was not much different than the thousands of other orphan animals who find their way to Helen Woodward Animal Center.  Mysteriously separated from her mother, along with several siblings, the Center received a call from a rescue partner in late August asking for help.  Only weeks old, the puppies needed round-the-clock care to give them a chance at survival.  Flo was the smallest in the bunch, at just over 2 pounds, but possessed a remarkable fighting spirit.

“We received a call from Animal Planet asking if we might have a special pup who could show the world the beauty of rescue pets by playing in the Puppy Bowl and Flo immediately came to mind,” stated Helen Woodward Adoption Services Manager Ashley Freeman.  “Orphan pets continually amaze us with their strength, joy for life, and open hearts, and Flo embodied all of those qualities.” 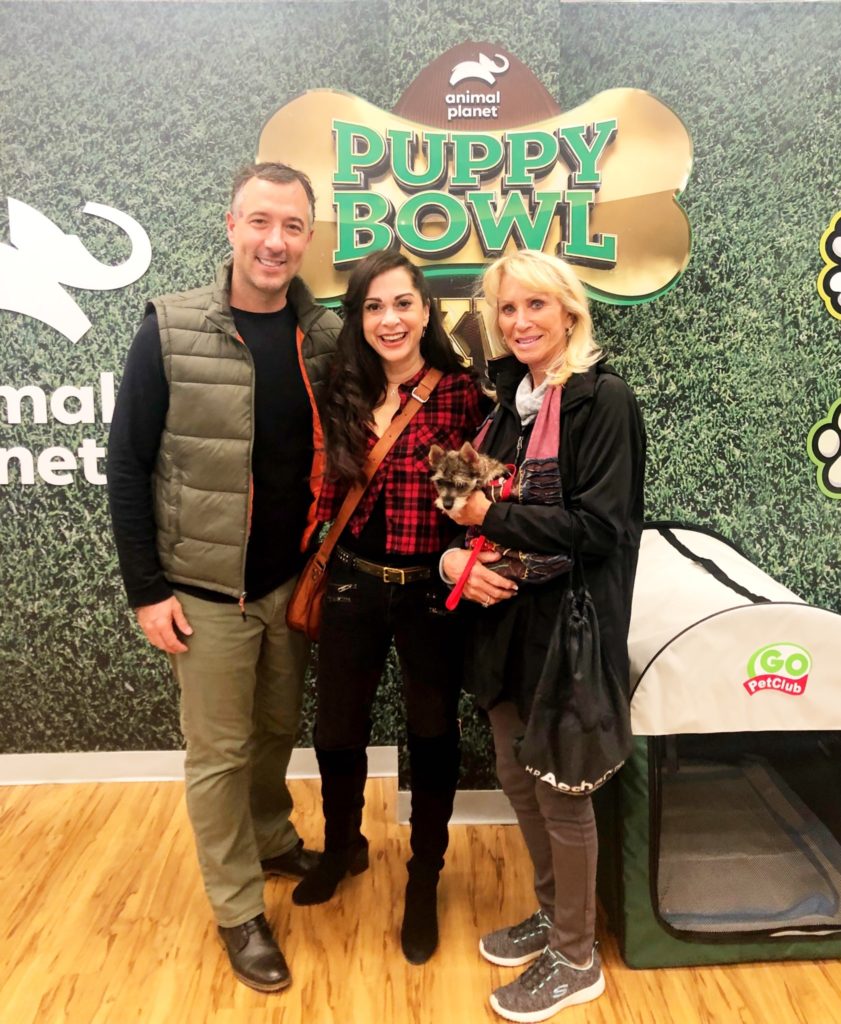 In October, Flo, along with 93 other adoptable puppies from 51 shelters and rescues across the country, flew to New York to go paw to paw and nose to nose for the ultimate match up: “Team Ruff” vs. “Team Fluff.”   Not only did Flo excel on “Team Ruff,” she shone in her love of her teammates, her thrill of the game, and her genuine enthusiasm for each individual who crossed her path.    Her sparkle secured her a place in the starting line-up, and Flo will be featured during the game, and in a Pup-Close-and-Personal interview!

But perhaps most importantly, Flo’s exceptional personality displayed the qualities sought after in therapy pets.  In a twist of fate, a Helen Woodward Animal Center Pet Encounter Therapy (PET) Volunteer by the name of Yvonne Mather had just lost her beloved therapy dog, Miss Rosie.  Miss Rosie was a Center rescue Basset who had touched the lives of many, providing visits to over 30 special care facilities.  Mather was heartbroken and hoped that she could someday find the type of dog who could provide this loving gift to the world again.  Home from her epic Puppy Bowl experience, Flo was at last ready to find her forever home.  When Mather and Flo met, it was love at first sight, and Mather adopted her. 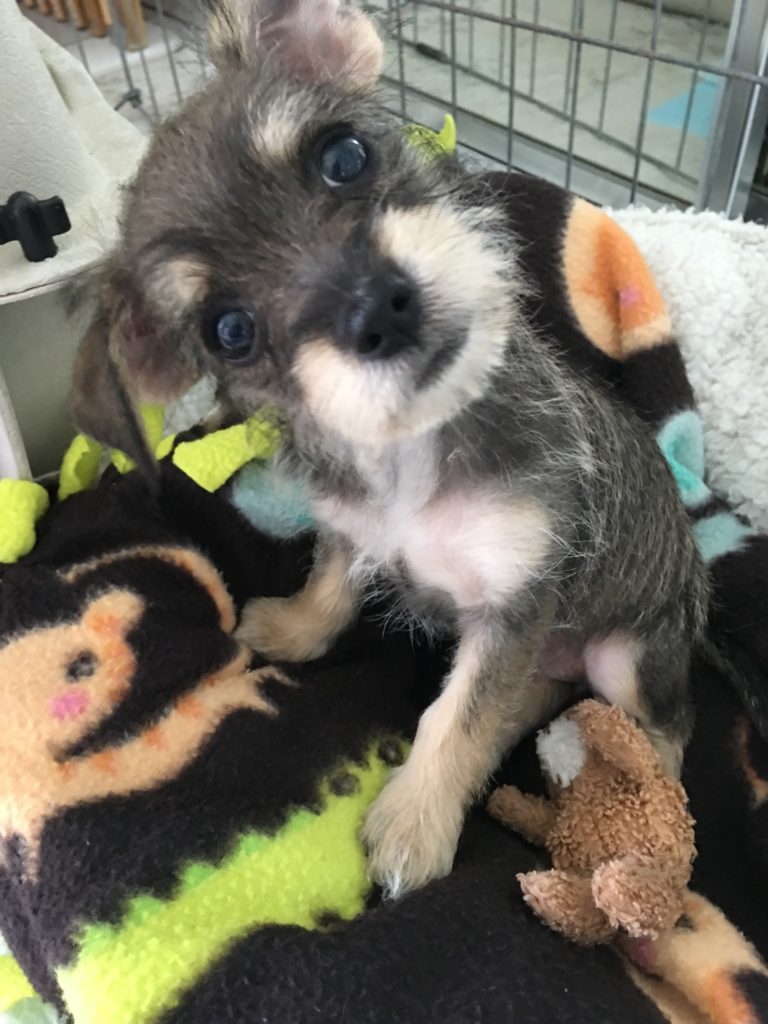 Flo is still too young to officially enter the world of pet therapy but the qualities that made her a star player during Puppy Bowl are ever present.  Flo has quickly adapted to her new family, including new canine siblings, and Mather’s grandchildren who love to play with her any chance they get.  Mather is officially entering Flo into puppy obedience school and exposing her to a wide variety of people and places to give her the best chance at adapting to therapeutic work.  Helen Woodward Animal Center PET Manager Robin Cohen said that she looks forward to testing Flo for the program when she reaches the age of 1 ½ years old.

“She is an exceptional puppy and it is always lovely to see former orphan pups show the world how much these animals have to give,” stated Cohen.  “One way or the other, we are thrilled to see how much love she and Yvonne have for each other.  They both deserve that wonderful bond.”

PUPPY BOWL XV will air locally on Animal Planet, Sunday, February 3rd @ 12:00pm PT.  Tune in to watch Flo, and other rescue dogs, prove that shelter pets can not only steal your heart but they can do anything they set their minds to. 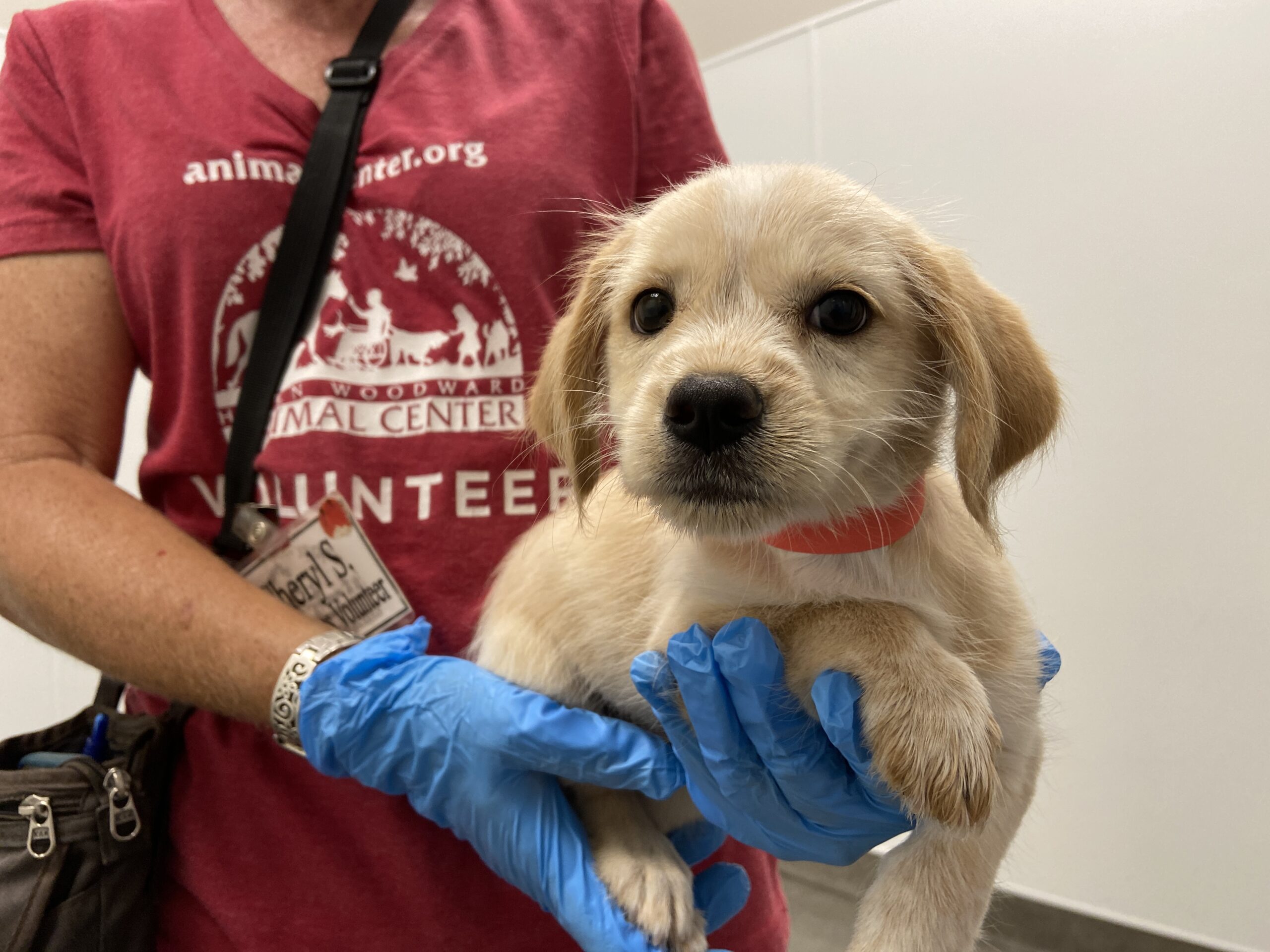