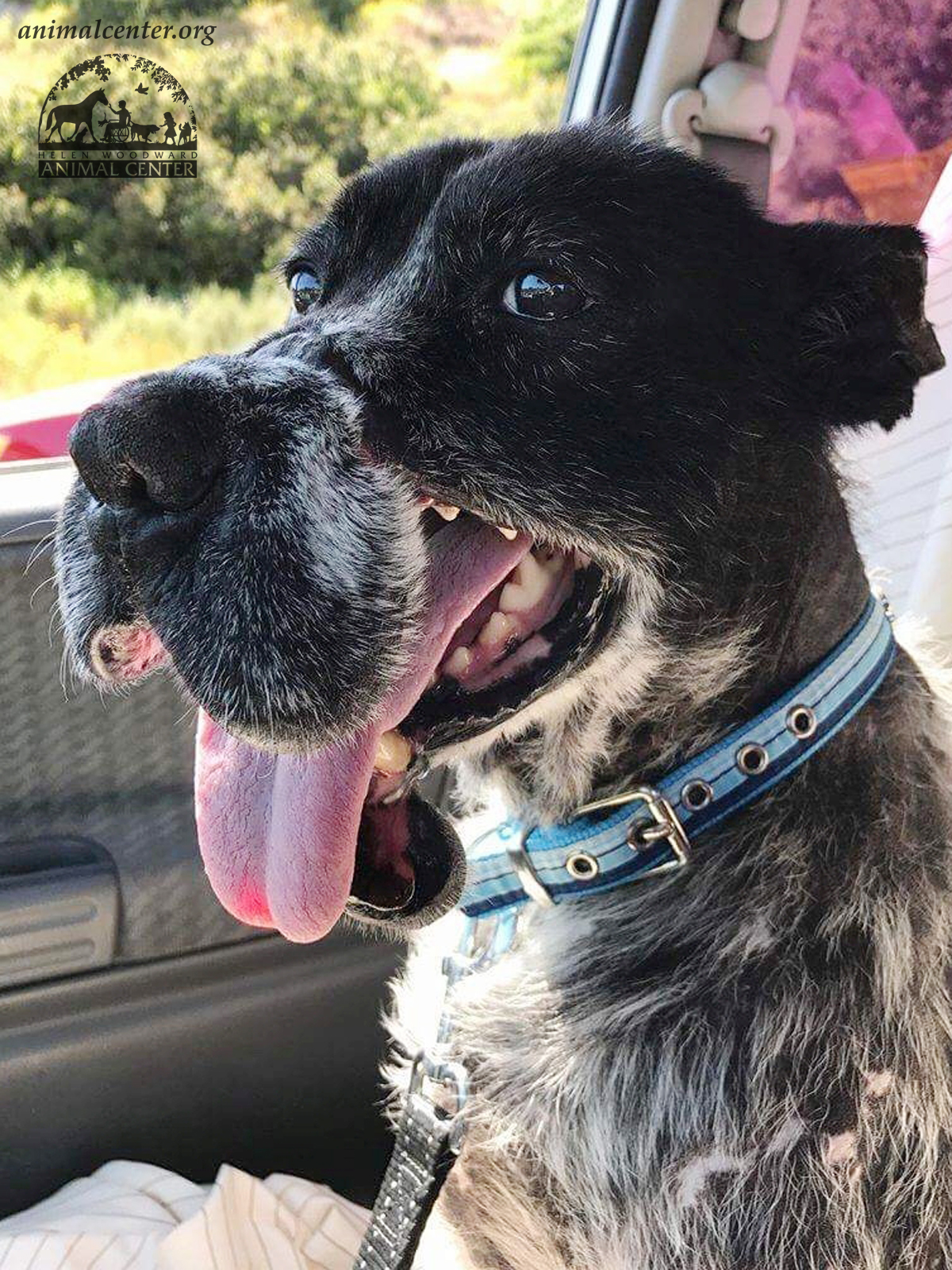 Rancho Santa Fe, Calif. (May 8, 2017) – At Helen Woodward Animal Center, a 2-year-old Pointer-blend nicknamed Dwayne “The Rock” (due to his steadfast strength and kindness) is inspiring employees with his willingness to forgive mankind for years of abuse. In perhaps one of the worst cruelty cases the Center has seen, Dwayne’s extreme mistreatment left its mark on his deformed mouth, front right leg and elbow, skin and coat. Despite these crimes, the gentle canine has nothing but love to offer each person he meets – lowering his head, offering a lick and gently pressing his crippled body against them. Now Center staffers are determined to give Dwayne the life he deserves. A Center Community Funding Campaign (animalcenter.org/RescueDwayne) is seeking assistance, not only for his immediate healthcare, but also to enlist specialists to provide reconstructive surgery to match a new look to his handsome heart. 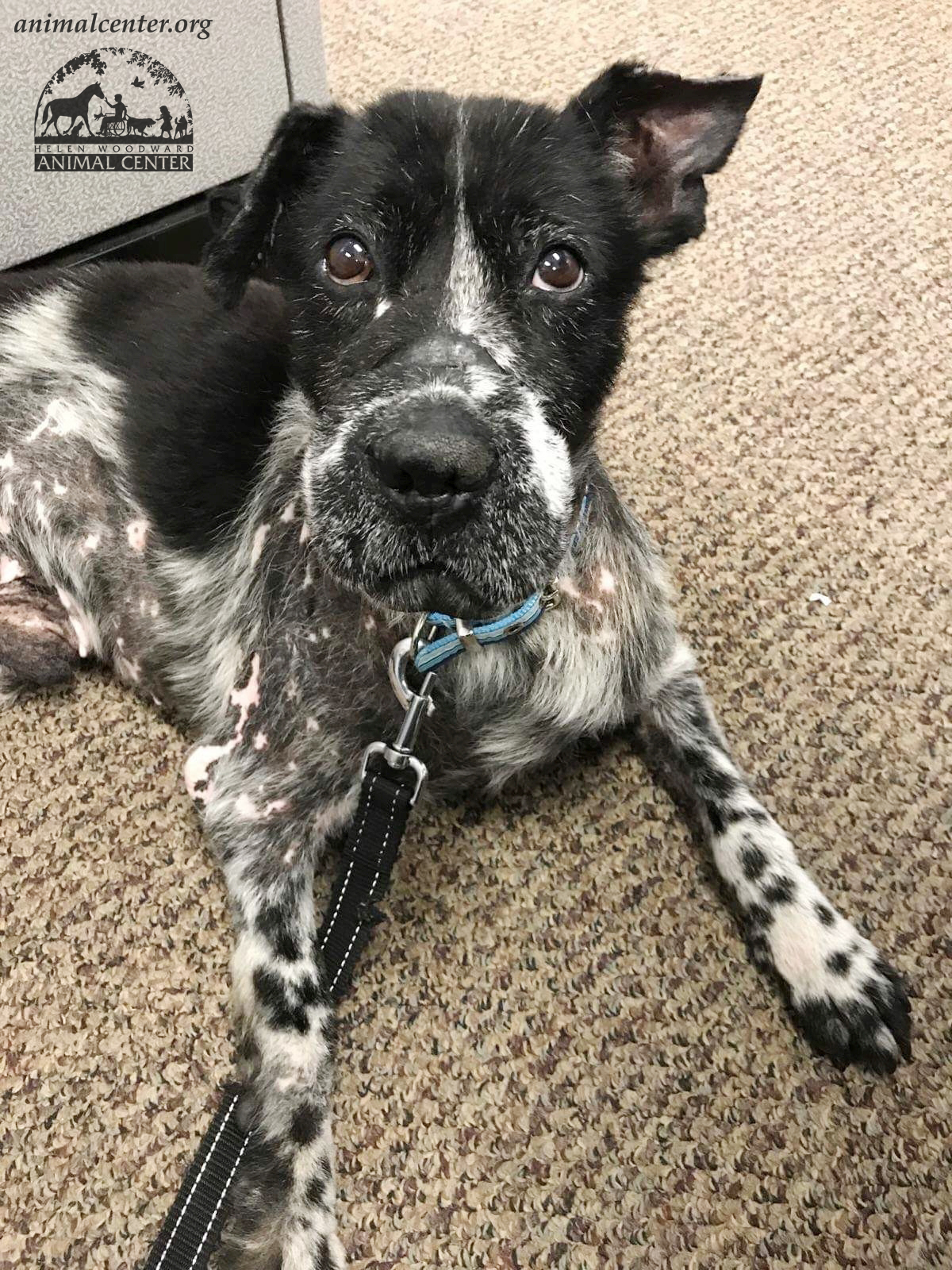 Dwayne’s backstory is one filled with unspeakable barbarity and torture. Pulled from the streets of Tijuana by an independent rescuer, Dwayne’s most recent past included desperate scrounging for food while cruel local residents (disgusted by his deformities) threw scalding hot water and stones at him. Upon further investigation, the rescuer discovered that Dwayne’s original owner, who had bound his mouth with a crude wire-muzzle and regularly kicked him and beat him with sticks, was serving jail time for an unrelated offense. Without an owner, the dog was left to wander the streets alone, facing more of man’s terrible inhumanity. Already beaten and broken, Dwayne was further wounded when he was attacked by two large dogs who caused severe head injuries and nearly removed his ears. 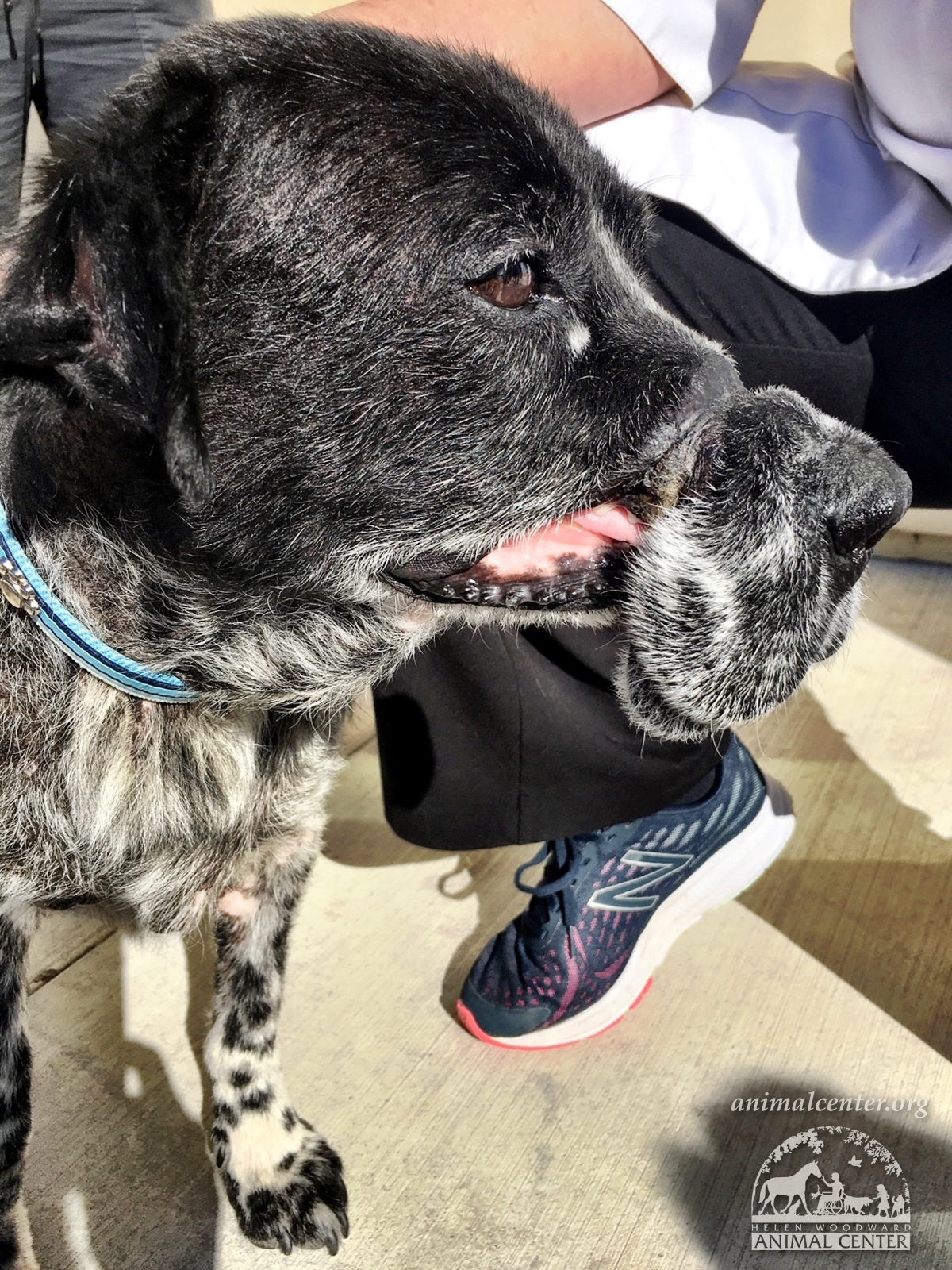 Center Companion Animal Hospital Chief Veterinarian Dr. Patricia Carter first found out about Dwayne when the independent rescuer reached out to her for help. With aid from an Arizona-based donor, the rescuer had already taken care of Dwayne’s immediate head wounds and had him neutered, as well. Dwayne’s older injuries were far more intense and expensive, however. His front right leg had been kicked out of the socket so many times, the dog’s elbow protruded at a painful angle. His misshapen muzzle made his breathing labored and drinking nearly impossible. Due to the severity of his damage and the extreme expense required to repair him, none of the rescuer’s normal shelter contacts would accept him.

“I immediately contacted our president,” explained Dr. Carter. “You can’t look at this dog and not want to do everything in your power to help him. I knew he would say yes.” And indeed he did.

“It’s unbelievable,” stated Helen Woodward Animal Center President and CEO Mike Arms. “This beautiful dog took all the despicable abuse and neglect man can show to an animal and still he wouldn’t turn on mankind. Helping animals like this is at the heart of Helen Woodward Animal Center. This is what we stand for and we’ll do everything we can to care for him and protect him.” 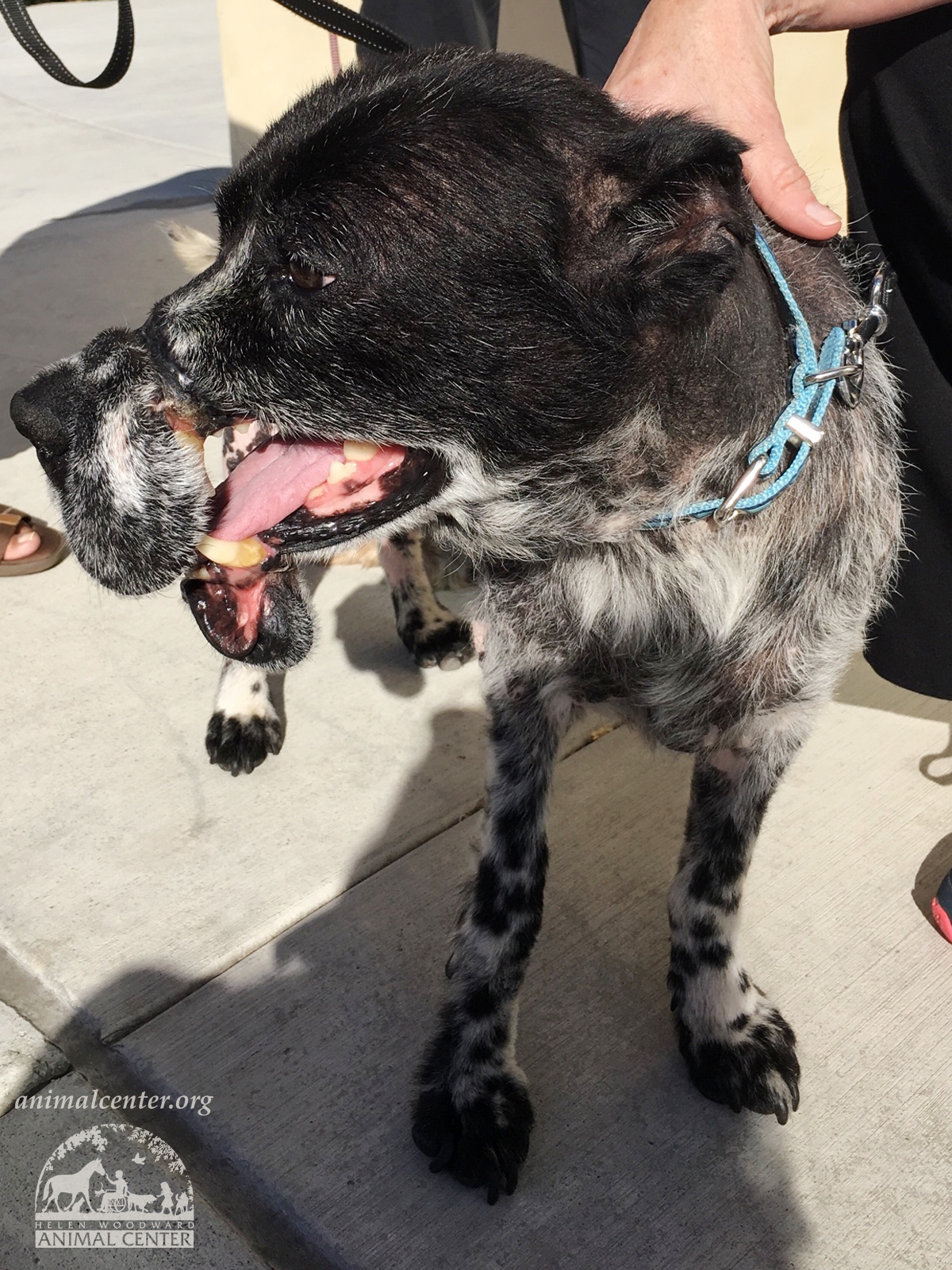 Dwayne has a long road ahead of him but, from now on, his journey will only be filled with love and devotion. He is currently staying with a Center foster family (a request made by the rescuer who didn’t want to subject him to even the most spacious of cages.) Specialists will repair his severely malformed front leg and elbow, and a facial reconstruction surgery is being scheduled to repair the extreme mutilation of his nose and mouth. Center updates will be made available during each of his treatments. Dwayne will be made available for adoption to a loving family when he is fully recovered.

If you would like to contribute to Dwayne’s recovery please click: animalcenter.org/RescueDwayne. For more information about him and updates on his availability, please contact Helen Woodward Animal Center Adoptions Department at: 858-756-4117 ext. 313, visit www.animalcenter.org or stop by at 6461 El Apajo Road in Rancho Santa Fe.

***
About Helen Woodward Animal Center
Helen Woodward Animal Center is a private, non-profit organization where “people help animals and animals help people.” Founded in 1972 in Rancho Santa Fe, Calif., the Center provides services for more than 57,000 people and thousands of animals annually through adoptions, educational and therapeutic programs both onsite and throughout the community. Helen Woodward Animal Center is also the creator of the international Blue Buffalo Home 4 the Holidays pet adoption drive, the International Remember Me Thursday® campaign and The Business of Saving Lives Workshops, teaching the business of saving lives to animal welfare leaders from around the world. For more information go to: www.animalcenter.org.