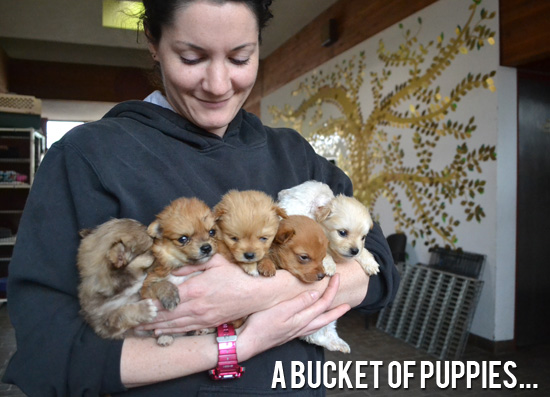 What does a bucket, a well-timed email and werewolves have in common? This Pomeranian puppy rescue story. (Just stay with us, it’ll make sense, we promise!)

On June 9, our staff was making the rounds online and on the phone to see if any partner animal shelters or rescue groups needed help. 90% of the Center’s adoptable pets come from overburdened animal shelters or rescue groups who need help in finding their pets forever homes. Center staff members regularly send emails, make calls and look on social media to see who needs help at any given time. 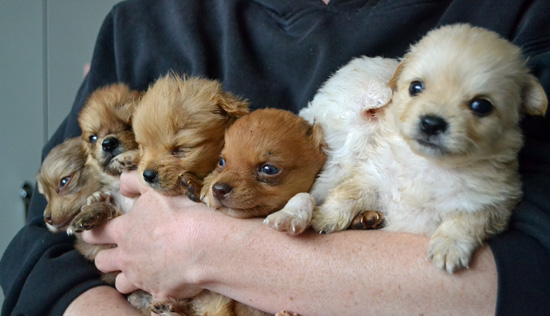 A staff member sent an inquiry email to one such partner located in the Inland Empire on the afternoon of June 9. Within 90 minutes, she got this response, “Just had 6 very small pups (4 weeks old) that came in the front door moments ago that would need a quick exit. Let me know.”

The staff member was excited, to see if we would be able to help this animal shelter; she began to deploy the team and look for a possible foster family but then read something further down the email that made her pause, “Customer brought in a 5 gallon bucket with a lid on it.” 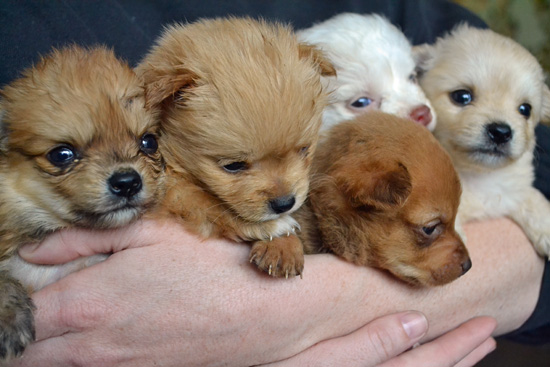 Wait, what? Customer brought in a 5 gallon bucket with a lid on it? She had to know more. When she called the animal shelter to confirm plans, she asked about how the puppies were doing, and then asked about the bucket. The shelter staff member sighed and told her the story.

When the puppies were brought into the shelter, they were all crammed into a single bucket. The bucket was tightly lidded and when it was opened, all six puppies were panting heavily, hot and desperate for fresh air. They could have died if they were left in there any longer! Plus, there was just no room for people to bottle-feed four-month-old puppies in the animal shelter.

(But remember, there was that well-timed email sent moments later and the puppies’ ride to the Center was planned!)

With logistics settled, the Center’s medical staff drove to the animal shelter the very next day to retrieve the six “bucket puppies” as they were now known. They were adorable, puff-faced Pomeranian blends, all sporting different colors. Their fur stuck up and out in all kinds of silly ways, hanging over their eyes and faces. A staff member commented how they looked like little werewolves. Well, that settled it right then and there. After a good laugh, the litter was known as “the werewolves.” 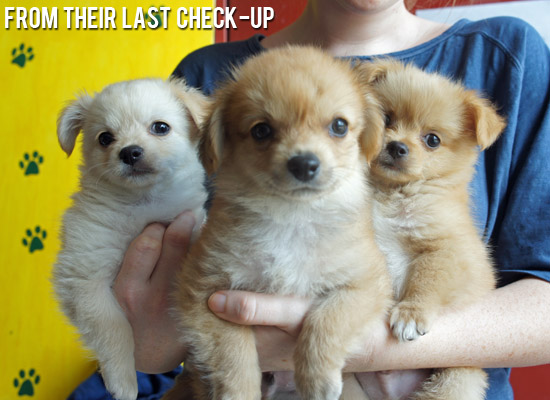 The werewolves were welcomed into a foster family home and knew nothing but love and comfort there. They grew into their poofy fur and learned to play, sleep and eat like normal little puppies. Edward, Eliza and Edwin found loving homes and, someday soon, Eloise, Emmet and Eric will start looking for their families, too. When their kennels are left empty, we’ll be on the phone again looking for new orphan pets to fill them! 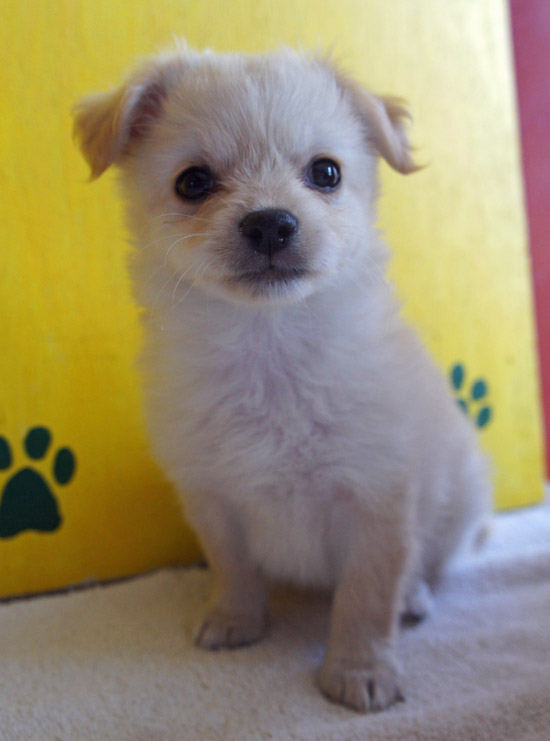